In this section, you can read profiles of selected members of the JSP community, including those who have made significant contributions to the legacy of socio-legal scholarship. 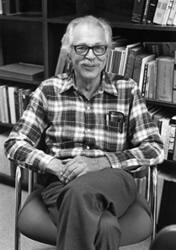 Professor Caleb Foote was a founding member of the JSP program, where he served as a professor and an advisor to many students for ten years before his retirement in 1987. Foote was nationally recognized as a criminal law reformer who mobilized constitutional history and empirical social science evidence to advocate the elimination of economic discrimination at the heart of the criminal process, by eliminating the barrier of excessive money bail. Foote also advocated against excessive police discretion, especially their power to wield misdemeanor offenses against “vagrants” whose real crime was being poor and friendless and for statutory limits to judicial discretion over criminal sentencing. Significant changes in all of these areas since the early 1960s can be in some measure credited to Foote (although he was himself ambivalent about the results, especially in regard to sentencing reform).

Even earlier, Foote achieved national attention as a pacifist organizer and as an early critic of Japanese internment. After finishing Harvard college in 1939, where he was managing editor of The Harvard Crimson, Foote also completed a Masters Degree in Economics, where he became familiar with empirical methods and policy analysis. As America became involved in World War II, Foote took a strong stance for pacifism. He was hired by the Fellowship of Reconciliation, a Quaker organization advocating peace and non-violent social change, to open a Northern California office to advise draftees seeking conscientious objector status. Foote’s own request was rejected by his draft board because of his refusal to offer the standard religious grounds for exemption, insisting instead that humanist principles were his own standard and should be accorded just as much standing. Foote was offered the alternative of serving in a work camp performing alternative service, but he refused an in 1943 served six months in federal prison. In a contemporaneous interview with the Associated Press, Foote stated:

“Only be my refusal to obey this order can I uphold my belief that evil must be opposed not by violence but by the creation of goodwill throughout the world.”

After returning to Northern California, Foote began to actively focus raising opposition to the internment of the Japanese, collaborating with progressive photographer, Dorothea Lange to produced a pamphlet attacking the internment titled, Outcasts.

Foote also continued to antagonize the draft authorities and in 1945 he returned to prison for a year. It was a pardon from President Harry S. Truman that achieved his release. He afterwards served as executive director of the Central Committee for Conscientious Objectors.

Foote always credited his prison experience, and his perception of the gross inequality of treatment received there by minorities and the poor, that led him to return to school for a law degree at the University of Pennsylvania. Foote’s strong performance in law school caught the eye of faculty members and after graduation he became law professor at the University of Nebraska. Always seeking to bridge the gap between classroom debate and real world injustice, Foote and a colleague represented a Native American sentenced to death for killing a State Trooper. They were able to win a new trial based on the incompetence of the original lawyer.

Foote returned to Penn law school as a professor in 1956 and immediately threw himself into empirical studies of lower courts that resulted in his widely cited articles on vagrancy law and later bail. Convinced that far too many defendants pled guilty under the pressure of pre-trial confinement in jail, Foote argued that the 6 th Amendment’s ban on excessive bail meant that each defendant had to be released without regard to whether they can afford financial warrantees. He backed this constitutional argument up with an empirical study of New York. While the Supreme Court never endorsed his constitutional theory (indeed, they rejected it in upholding preventive detention in Salerno v. United States), bail policy in the 1960s sought to address inequality through innovations like the Vera Institute’s pre-trial release survey instrument and rules permitting a ten percent refundable deposit. Indeed, in so far as preventive detention laws give courts formal authority to refuse release based on concerns about further criminal conduct, they also reject the paradigm of monetary bail that Foote condemned.

Foote came to Berkeley in 1965 where he held at first a joint appointment in law and criminology. Early on Foote chose to locate his office in the new Center for the Study of Law & Society alongside empirical social scientists like Sheldon Messinger, Jerome Skolnick, and Center (and JSP founder) Philip Selznick. Drawing on a number of the young criminologists around Berkeley in the late 1960s, Foote led a Quaker inspired effort to review the justness of current penal policy, including California’s ultra modernist system of penal rehabilitation, with its indeterminate sentences permitting the administrative “Adult Authority” to control the actual imprisonment time of virtually all felons. Their report, Struggle for Justice: A Report on Crime and Punishment in America, was put out by the American Friends Service Committee and published in 1971 by Farrar, Straus, and Giroux.

When the criminology school was closed in the early 1970s, Foote enthusiastically joined Selznick, Messinger, and Skolnick, among others, in forming the original core faculty of the Jurisprudence and Social Policy program. By the 1980s Foote was troubled by the direction of American penal policy, especially the high levels of incarceration. Even after his retirement in 1987, Foote continued to do research on the burgeoning California Prison system, producing a study for the Center on Juvenile and Criminal Justice in 1993. 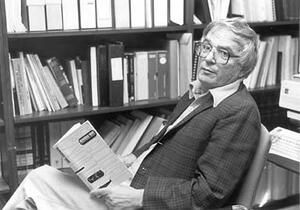 Sheldon Messinger was a founding member of the JSP faculty on which he served for 14 years (including as chair). Earlier he had been a crucial contributor to the creation of the Center for the Study of Law & Society, where he had served in a non-faculty appointment as Vice-Chair, and unofficial intellectual advisor to many of the socio-legal faculty and students beginning to gather at the Center in the 1960s. In 1970, Messinger was appointed Professor of Criminology and dean of the School of Criminology. The School was entering a period of crisis that resulted in a 1973 decision to close it, in part because it had become famous or infamous as the international center for radical criminology. Messinger fought hard to save the school and bitterly criticized its demise even while joining in the creation of the Jurisprudence and Social Policy program, which he joined as the Elisabeth Josselyn Boalt Professor of Law in 1977.

Messinger completed his PhD in sociology from UCLA in 1969, but he had long been a mainstay in the field of sociology of deviance and prisons and the emerging field of sociology of law, having served for five years already as book review and associate editor of the important sociological journal, Social Problems. Indeed, he published an influential article on social movements in the prestigious American Sociological Review in 1955 (“Organizational Transformation: A Study of a Declining Social Movement,” American Sociological Review, 20 (1955), 3-10 ). Messinger’s scholarship focused primarily on the sociology of deviance and of prisons including pioneering work on women institutionalized in the mental health system, inmate social systems in prisons, and the origins and functions of parole.

Messinger always seemed at his most effective in collaboration. As a co-author he produced widely cited works with Vilhelm Aubert (“The Criminal and the Sick”, 1958); Gresham Sykes (“The Inmate Social System”, 1965); Jerome Carlin and Jan Howard (Civil Justice and the Poor, 1969); Robert Emerson (“The Micro-Politics of Trouble”, 1977); and Richard Berk, John Berecochea, and David Rauma (“The Origins of Parole in California). As an editor and intellectual advisor he was acknowledged as a crucial reader in the prefaces of books including influential socio-legal books like Howard Becker’s The Other Side: Reflections on Deviance (1964); Philippe Nonet’s Administrative Justice (1969); Anthony Platt’s The Child Savers (1969); H. Laurence Ross, Settled Out of Court: The Social Process of Insurance Claims Adjustment; John Irwin’s The Felon (1987); and Marianne Constable’s The Law of the Other: The Mixed Jury and Changing Conceptions of Citizenship Law, and Knowledge (1994). 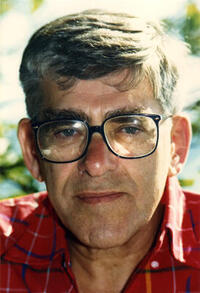 The death of Philip Selznick on June 12, 2010, at age 91, took from us a scholarly giant, who helped shape the sociology of organizations and transform the social study of law.  Selznick enriched the Berkeley community for over half a century.  He arrived in 1952 as an assistant professor in the Sociology Department; the unit he would later chair during the turbulent period of the Free Speech Movement.  From 1961-72, he served as Founding Director of Berkeley’s Center for the Study of Law and Society, which soon became a international destination for interdisciplinary research.  He joined the Law faculty in 1977 and was the Founding Chair of Berkeley Law’s doctoral program in Jurisprudence and Social Policy.  He remained active long after his 1984 retirement and received numerous lifetime achievement awards and academic honors.

Selznick completed a Columbia University Ph.D. in 1947, following wartime military service.  The 1949 publication of TVA and the Grass Roots launched his academic career.  The book, along with The Organizational Weapon (1952) and Leadership in Administration (1957), established him as an authority in the theory and sociology of organizations.  Selznick himself later characterized such investigations as “preoccupied with the conditions and processes that frustrate ideals or, instead, give them life and hope.”  This distinctive concern with ideals increasingly led Selznick to the social investigation of law.  He developed an approach – embodied in such works as Law, Society and Industrial Justice (1969) and Law and Society in Transition (1978) – that ambitiously combined elements of traditional jurisprudence concerning the nature of law with social science understandings of organizational dynamics and constraints.  In 1992 Selznick published the work he considered his magnum opus, The Moral Commonwealth: Social Theory and the Promise of Community.  The monumental synthesis expanded and recast much of his previous investigations of law and organizations.  His 2002 The Communitarian Persuasion elaborated further on the connections between this research and leading debates in liberal political philosophy.  His last book, A Humanist Science (2008), published at the age of 89, offered a final statement of the methodological values that guided his distinguished contributions. (David Lieberman, Jefferson E Peyser Professor of Law)

In January 2002 the Center for the Study of Law and Society invited Roger Cotterrell, a leading figure in the sociology of law, to Berkeley from Queen Mary, University of London, to conduct an oral history of Philip Selznick. Transcripts of the interviews are archived in the Bancroft Library’s Regional Oral History Office (ROHO).

Excerpts of these interviews, selected by Jiri Priban, were published as “Selznick Interviewed: Philip Selznick in Conversation with Roger Cotterrell,” in the Journal of Law and Society, Volume 31, Number 3, September 2004, pp. 291-317.

Martin Krygier’s intellectual biography of Selznick, Philip Selznick: Ideals in the World  was published by Stanford University Press in April 2012. Krygier conducted a series of structured interviews with Selznick in January 2002. Eight of these were videotaped and are available here. Krygier is Gordon Samuels Professor of Law and Social Theory at the University of New South Wales and Adjunct Professor, Regulatory Institutions Network (RegNet), Australian National University.

A much earlier videotaped interview from October 1987 by then sociology graduate students Jeff Manza, Nadine Julius and Veljko Vujacic is available in the Sociology Department’s Berkeley Faculty Live!! Series, here.

On November 4, 2011, the seminar room at 2240 Piedmont Avenue was dedicated as the Philip Selznick Seminar Room, during the closing reception of the Center for the Study of Law and Society’s 50th Anniversary Conference.

On September 11, 2012, Martin Krygier presented a lecture on Selznick’s thought in the Justice Talks Series at the University of New South Wales Law School. The videotaped lecture, entitled “Humanist  Science as a Vocation: What it is, why we need more of it, and why we get less,” is available here.